The world of cryptocurrencies operates on blockchain technology. While it is considered as one of the safest types of technology – comprised of an extremely complex algorithm – it is still vulnerable to attacks from hackers and their ingenious viruses. Ever since trading cryptocurrencies has become a fashion, there have always been reports of successful or unsuccessful attempts at breaching the exchange’s system to steal cryptocurrencies.

Bitfinex is one of the largest digital platforms for trading digital assets and cryptocurrencies such as Bitcoin, Ethereum, Ripple etc. While it may be the largest platform, it is definitely not immune to hacking attacks. On June 5, 2018 Bitfinex updated their status page stating that the system was “experiencing some trading issues.” Issue was resolved an hour later and allowed the trading platform to return to normal performance; however, the status page was updated again with a concern of “extreme overload” on the trading platform due to a DDoS attack an hour later.

A DDoS or Denial-of-Service attack causes multiple compromised systems when the targeted platform is flooded with an influx of bandwidths aimed to disrupt normal operations.

Bitfinex is currently under extreme load. We are investigating the issue and will keep you all up to date as we learn more.

In simple terms, cyber attack will make the platform unavailable to its customers by disrupting the server. The attack was carried out by hackers by exploiting issues in one of Bitfinex “infrastructure provider”. DDoS attack caused extreme load on Bitfinex servers which led to a temporary stop on the live trading platform.

Trading and funding is currently paused whilst we undergo unplanned maintenance. All features likely to resume shortly. Apologies for the inconvenience.

Bitfinex was, eventually, able to contain the problem by launching DDoS protective measures and restarting their systems.

Trading and funding is live once again. Thank you for your patience.

The cryptocurrency world did not remain unaffected. Following this incident, Bitcoin price immediately fell 2% to a new low of $7,373.47. Attacks like this not only affects future trading but also the trust of many customers in the level of security of these trading platforms.

Unfortunately, this isn’t the first DDoS attack that has affected cryptocurrency world. More often than not, the results of such incidents lead to massive losses and, occasionally, bankruptcy. The most famous incident would have to be Mt. Gox – the largest trading platform of its time – who in 2013, declared bankruptcy after being unable to bounce back from a DDoS attack.

Similarly, while Bitfinex managed the situation and averted any financial losses this time, they were not so lucky the last time they were under attack. As reported in our previous article they suffered losses of 120,000 Bitcoin amounting to $72 million a few years back, after suffering a DDoS attack. Clearly, caution must be exercised whenever individuals choose to enter such platforms because the losses can be very substantial in comparison to the benefits.

Bitfinex was founded in 2012, located in Hong Kong and is owned by IFinex Inc. Bitfinex is a digital asset trading platform offering state-of-the-art services for digital currency traders and global liquidity providers. With an aim to contribute to the growing blockchain community, it became the largest trading platform for cryptocurrencies. In addition to being a well-known trading platform, Bitfinex also aims to provide peer-to-peer financing, support and insight into the workings of trading with different cryptocurrencies.

Like our article, then support us by sharing it with your friends on social media. And feel free to leave any thoughts & comments below the article.

If you have any feedback or suggestions please contact us at: contact@bloqtimes.com 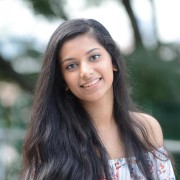 What is Zebpay, How to Buy Bitcoin in India