Blockchain technology is spreading like wild fire. In the coming years it will completely change the way we see existing financial systems. India is home to almost 1.3 billion people as one-sixth of humanity lives there. Indians have a lot of aspirations and no way they want to be left behind in this emerging technology. PM Modi’s “Digital India” initiatives and several other visionary reforms are creating huge awareness among masses about the benefits of internet and digital technologies, at a scale never seen before. Jio mobile services from Reliance have empowered Indians with internet technology at affordable prices, which is one of the cheapest in the world. On a side note, Jio is also launching their own JioCoin in the near future.

Easy access to internet has opened doors with unprecedented opportunities to connect with the latest in the world. Bitcoin has attracted a new class of investors like young professionals and HNIs (High Net Income individuals). Increasingly, Indians are accepting Bitcoin as an alternative investment to Gold and Real Estate. Astronomical return of investments from cryptocurrencies also helped in raising curiosity for this new asset even among the non-technical individuals. Result is that Bitcoin has become a buzzword in India and Indian Media.

India is ready to embrace this useful and disruptive technology to enhance their existing financial system. In this fast changing digital age, India is not untouched from the Bitcoin boom. Among the success stories is Zebpay, an Indian crytocurrency exchange dealing with Bitcoin, Ethereum, Ripple, Litecoin and Bitcoin cash. Zebpay is leading the flock from front, providing easy access to end users for sending and receiving different cryptocurrencies.

Zebpay was the first Bitcoin exchange in India, founded by Mahin Gupta, Saurabh Agrawal and Sandeep Goenka. Zebpay is a pioneer for Bitcoin introduction in India and aims to bring the usage of cryptocurrencies to masses. Zebpay has successfully provided the simplest and yet secure digital asset trading experience for Indians. There are around 3 million Indians residing in other countries and Zebpay believes with its quality product they would be able to disrupt the remittance market in the near future.

Established in 2015 and headquartered in Mumbai, India’s financial capital, Zebpay is India’s biggest cryptocurrency exchange. The users can download Zebpay app to trade in cryptocurrencies, the app is available on both Android and iPhone smartphones. Zebpay boasts of making a simple and user-friendly smartphone app which can be easily used by any person, irrespective of cryptocurrencies knowledge.

Zebpay is the first in the industry to launch bitcoin wallet app that enables bitcoin transactions using mobile numbers without any complexities to understand bitcoin addresses, taking backups or fear of losing bitcoins for non tech savvy users. This streamlined process greatly helped in alleviating any confusion and fear of losing cryptocurrencies among its users. Using Zebpay wallet, users can purchase, store and sell Bitcoin, Litecoin, Ripple, Ethereum and Bitcoin Cash just using their mobile number. All this is possible with a 4-digit pin authentication.

In just a short duration, Zebpay has become India’s leading digital asset company. Zebpay was voted Number #1 Bitcoin company at “CoinAgenda Conference” held at Las Vegas in 2014. At present, Zebpay has approximately 1 million (10 lakhs) registered users and leading the cryptocurrency movement in India. Zebpay popularity can be measured by the fact that it has not received any major complaint from its customers so far. In no time, Zebpay became the 7th most popular app under “Finance” category in India.

In January 2018, Zebpay released version 2.0 of Zebpay mobile app, adding multiple cryptocurrencies and exchange facility. Company added support for Litecoin (LTC) on January 25th, and Ripple (XRP) on February 8th. According to reliable sources, it is now working on adding more cryptocurrencies in their app.

Zebpay also heads “Blockchain and Cryptocurrency Committee” under IAMAI which is the industry association in India. At present, Zebpay has more than 3 million (30 lakh) users across Android and iOS apps and still growing. Way to Go Zebpay!

If you like above article then Bloqtimes recommends below articles which might be of interest to our readers:

Like our article, then support us by sharing it with your friends on social media and feel free to leave any thoughts & comments below the article. 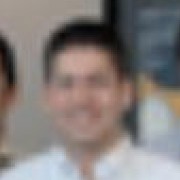 What is ASIC, GPU and CPU Mining